by The MJQ Celebration 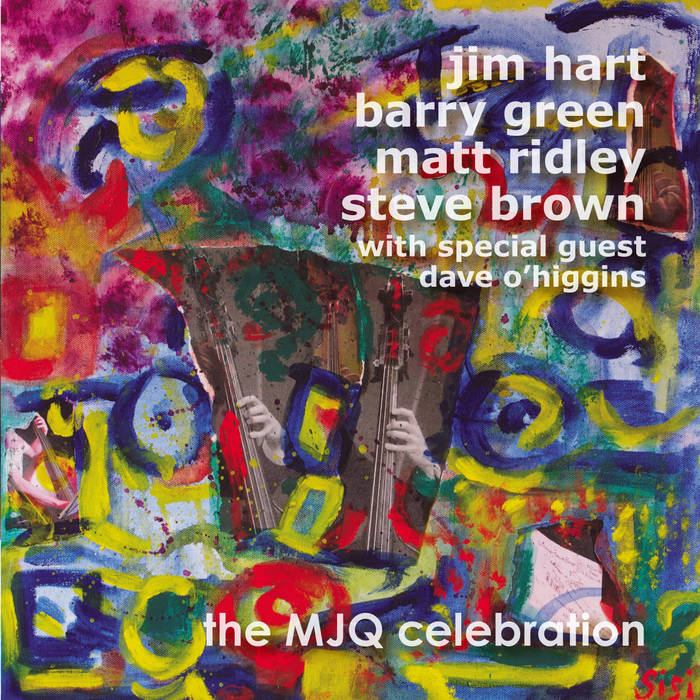 The ‘MJQ Celebration’ was a well known and celebrated ensemble of UK musicians, active from 2009-2016. Formed by pianist and composer Michael Garrick MBE, the band celebrated one of the most famous and influential jazz ensembles of all time, the ‘Modern Jazz Quartet’.

After enjoying a number of exceptionally well received concerts with Garrick at the helm, the group survived Garrick’s untimely death in 2011 by recruiting the fine young pianist Barry Green. In this format, the group toured the UK and played sell out shows at prestigious venues such as the Purcell Room and Ronnie Scott’s.

In 2013, the band cut their eponymous album. Stellar favourites such as ‘Django’, ‘The Golden Striker’, ‘Bag’s Groove’ and ‘Concorde’ were given enthralling new renditions, whilst staying true to the original intentions of their composers John Lewis and Milt Jackson.

The group also paid homage to their founder Michael Garrick, by including two of his original compositions, hand-picked by his bass player of choice, Matt Ridley. Teaming up for the session with stalwart UK saxophonist Dave O’Higgins, the ensemble also doff their cap to the collaboration between Sonny Rollins and the MJQ, featuring a rip-roaring version of ‘The Stopper’, as well as the more moderate (but no less compelling) ‘No Moe’ and ‘Scoops’.

Released in April 2014, the album gained universal praise from critics and audiences alike. Cut entirely live in one day, with no fixes or overdubs, the album bears a freshness and excitement that not only champions the original MJQ, but also serves as an example of world-class jazz coming from the UK.

Bandcamp Daily  your guide to the world of Bandcamp